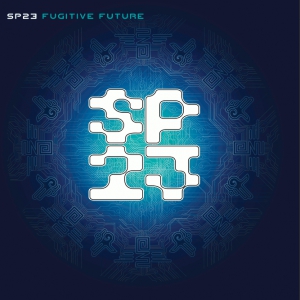 This is the 2019 reunification of the Spiral tribe
Full familly connexion : graphist, concept and music...

This Album is not just an album it also keeps asking the question of "what is underground". And, meanwhile it's asking the question of "is Spiral Tribe still udnerground". Dangerous question, and therefor, very interesting...
Of course some will say yes thanks to their way of life, their message and their way to behave as a team, and more... Some will say "no because they don't like their music anymore, or because they played "there and there", or even because they are jealous, ^^

At least some just don't give a fuck about "if" or "if not", they just like or do not like that tune or this one... These are probably the true underground public !

Anyway the good thing is not to know, the good thing is just that question... What is Underground.
Mark Angelo Harrison brings here a little text about that, a clue, his point of view at least : "Underground Is The Place where we can all dip deep into the well of consciousness, the place where the pure liquid of imagination is drawn up out of the darkness. The place where new ideas spark into life and curlture is born. Underground is the source".

First track, from 69db is a peaceful technoidal dub groover... Then comes the Charlie Kane mix, an Electro-tehcno newskool kicker with a sweet maximum power drop... Easy on the dancefloor...

The flip brings 2 Crystal Distortion's take off 150 to 155 BPM... Disturbing and exciting freqs in the Simon's style. Fresh.

All-in-one and compared to their passed productions the tempo is globally relaxing a bit (even if they did a lot of 130/150 BPM tunes 30 years ago as well), but the structures are definitely digging for the dancefloor... They help each others with mastering and mixing... And the sounds wins thanks to that.
Also, and this is the most important thing, they are alive and kicking !