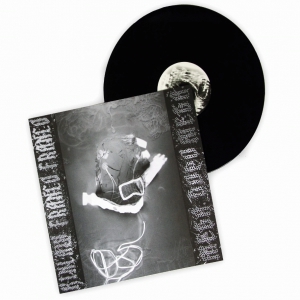 Since 2019, a dark cloud has loomed over our region, as many have feared the return of the most weaponised duo in Avon.

A trail of scorched chambers in their wake, their witnesses still fail to rub the imprints from their retina, drown the wailing from their heads and scrape a metallic taste from their mouths.

But finally, our iron tongued padre, Franco Franco, and his crypto-bard, Kinlaw, throw down their second slab, 'Mega Dopo Mega'.

Charging straight over the top into 'Com'èèè??', 'CGI World' shells down on us with a white-hot salvo. Round after round, our ringmaster spits cybernated venom as his consort thrashes us with relentless, barbed sonics.

Pausing just briefly on 'Tetsuo 2019' to heave up a lung full of filings - they press on into data driven mania and cyber-chotic battle cries.

By 'Distretto Nono', their probe lifts off - before exiting in a cacophony of AI laughter, beamed straight from the shell.

They're back, and this time it's personal...'