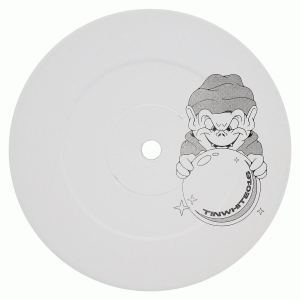 Making his Time Is Now debut, Killjoy brings a kaleidoscopic EP jam-packed with UK flavours, from 4x4 garage to UK Funky and tribal house. By no means a newcomer to the scene, Killjoy has long been perfecting his craft. Now residing in Sydney, he was instrumental in the rise of Nottingham's Tumble Audio: a musical heritage easy to detect in his current productions. Building on the stylistic tropes of bassline, UK Funky and Grime, Killjoy's sound istruly distinct, proven by support received from the likes of Scratcha DVA, Riz La Teef, Skream and Zomby. For proof, look no further than TINWHITE016 which showcases Killjoy's myriad artistic identity, beginning with "Roof It (4x4 Mix)". Intervals of warmth and cool compete with each other - each one just as danceable as the other - later seeing a flip from TIN family member Soul Mass Transit System who captures the track's old school essence and enhances it with korg organ stabs that dance above. A marching triplet rhythm lends "E's Got Me" its driving propulsion: with plenty of swing and and weighty percussion, this one evokes the music of Tribal Brothers or Bakongo. Talking of UK Funky, "Bourbon" sees Killjoy put his spin on the genre with a broken rhythm that comes at no cost to the swing created by deep lower-end stabs that nod to bassline. These are then taken and drawn out on its VIP flip, occupying the intersection between Grime and UK Funky. This one begs to be played on a system. Time Is Now White Vol.16 drops 13th May.

Organize, share and promote your favorite music by creating  your own playlists, start right now 38913add this record's tracks to a playlist