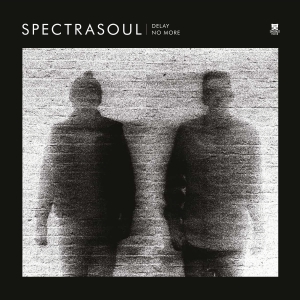 Ten years on from a remarkable debut album that traversed genres and put the duo’s trademark melodic mastery on display for the world to see, 2022 sees Spectrasoul’s ‘Delay No More’ album more than deservedly receive its 10 Year Anniversary Repress. Now being pressed to vinyl in it’s entirety for the first time, this milestone release highlights just how in-keeping Spectrasoul’s earliest album was with the forward-thinking, energetic, and beautifully deep ethos that has gone on to define their astounding career in music.

A diverse, experimental, and genre-bending debut offering, ‘Delay No More’ cemented itself as one of 2012’s finest electronic albums and a Shogun Audio bestseller. Fast forward ten years and the impact of the album on Spectrasoul, Shogun, and the wider electronic music scene is still one of meteoric proportions.

Receiving mass support from Mixmag, DJ Mag, BBC Radio 1, and countless other press outlets at the time, ‘Delay No More’ went on to be remixed the following year, with the reworked project featuring Calibre’s remix of ‘Away With Me’, a release which has gone it to

become one of the most iconic drum and bass tracks of the past decade.

Since their emergence in 2006, SpectraSoul have carved a truly unique position, not only in Drum & Bass, but electronic music as a whole. The 10 Year Anniversary Repress of ‘Delay No More’ is not only a celebration of this, but a reminder of the stunning sonic soundscape that the albums alluring, enthralling and irrevocably charming sound still exists in to this day.

Organize, share and promote your favorite music by creating  your own playlists, start right now 39153add this record's tracks to a playlist