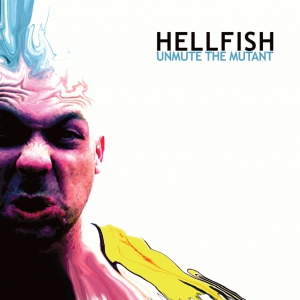 Hardcore fans are celebrating today after a Sky News
report confirming a sighting of the UK's DJ Hellfish,
since his disappearance on tour in Asia, speculation
has been rife of his death. But yesterday, exactly 17
months later he was photographed clinging to the
underside of a taxi outside a pound shop in Wickford,
Essex. Apparently he told a traffic warden that he had
been detained against his will under threat of death
by chicken at the Fhing Xo Wak Siamese research lab
and how he was conscripted into the organisation's
beta stripe hormone audio development project and forced
to conduct aural torture on a recently discovered
mongoose hedgehog vulture tribrid species. Fortunately
for us, He was in his own words '"running my own
experiments when the cunts wernt lookin". He went on to
explain how following an accidental mass overdose
amongst the guards, Hellfish successfully fled the Xo
Wak facility and painstakingly made his way back to
civilization via a canoe he managed to hire, a
cooperative giraffe and a Uber car. Escaping the brutal
facility with his mind mostly intact and more importantly
a brand new experimental album,
Hellfish -Unmute The Mutant is Available from today
worldwide on digital and as a limited triple vinyl from
Toolboxrecords.com

*A percentage of all funds raised will be donated to Miss
Bourey Dingxiang to replace her canoe.

*Warning: This product has been refused a license by
the domestic fowl association (DFA). Contravening
rule 5b of the 1979 Poultry Care Charter, it is considered
immoral and may enduse chicken psychosis!

The Squirrel Gene created by GrebShite92

Organize, share and promote your favorite music by creating  your own playlists, start right now 33695add this record's tracks to a playlist