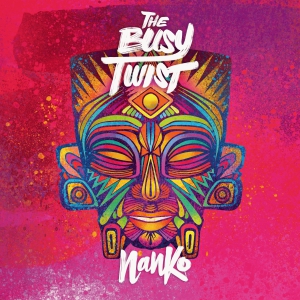 Global electronic sound specialist - Producer and DJ Oliver Williams aka “The Busy Twist” is at it again. Among his numerous projects as a producer, this double-sider, dancefloor-focused EP is one of his seldom seen, more personal works in the vein of what he does best: an uptempo, bass-heavy madness, influenced by his regular trips to Africa, Latin America and the West-Indies, packed with undeniable British club music culture and production technique.
Highly infectious energy, pure sunshine, 100% good vibes.

Following up on The Busy Twist previous collaborations with Congolese singer Tres. “Nanko” is another joyful, sun-soaked, highly danceable Electro-Soukous party joint, loaded with captivating guitar grooves and soulful vocals.
On the flip, “Rwendo Rweupenyu (The Journey Of Life) Remix” is an outstanding take on Zimbabwean Sungura Music (one of the country’s most popular genres), originally performed by street band Daniel & Gonora Sounds, led by singer-guitarist Daniel Gonora and his drummer son Isaac. Respectfully using Daniel’s mind bending guitar riffs and high-pitched, uplifting vocals, The Busy Twist and his collaborator Portara deliver an inspiring and remarkably effective version of the original song.

Vinyl contains exclusive extended and instrumental Dj-friendly versions of both tracks that won’t be available for download anywhere.

Limited 12" with sticker inside.

Organize, share and promote your favorite music by creating  your own playlists, start right now 36825add this record's tracks to a playlist