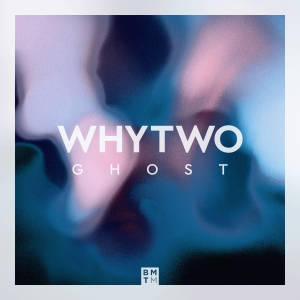 though not as I’ve appeared before,

on the battlements of your signature,

or margin of a book you can’t throw out"

Whytwo is a young, enigmatic artist from Scotland, UK. A talented multi-instrumentalist and performer with an extraordinarily broad range.

First coming to Blu Mar Ten's attention after entering their 2017 remix competition, Whytwo created a wildly different take on their track 'Titans', bending it into a skittering, menacing groove while somehow maintaining a playful edge.

Fast-forward a little and we've now arrived at Whytwo's debut LP, 'Ghost', an exhilarating and elasticated take on Drum & Bass that exists in the hinterland between elation, melancholy and longing.

Mirroring Whytwo's music, the album's title, 'Ghost', is richly layered word, meaning, in different places and at different times; a memory of something or someone; to disappear without communication; to move quietly and quickly; to secretly do work for another; and, of course, a being caught between worlds.

From the old English, 'Gast', meaning 'breath' or 'spirit', the word eventually transformed into 'Ghost' coming to describe "a slight suggestion, mere shadow or semblance". All of these definitions relate, in some way, to the album now before us.

In conversations with Whytwo, he describes how his Jazz musician Grandfather was the person responsible for first giving him music-making software, and whose clarinet features on some of the album tracks. At the same time that 'Ghost' was being created, Whytwo was looking after a young child and some of the drums on 'Ghost' are recordings of the child hitting things. Whytwo describes the feeling of existing between these two extreme states, young & old, naive & experienced, primitive & advanced, and taking the role of a medium 'caught between worlds' whose task was to stitch together this generational fabric.

The result is nothing less than spectacular. Despite having its roots in Drum & Bass, the rules and conventions of the style are ruthlessly disobeyed resulting in glittering cascades of melody, harmony and rhythm that somehow burst with both sadness and joy, hope & loss, memory and anticipation. The music swoops and dips, briefly casting shadows before blasting them away with sunlight, evoking memories both personal and collective. This is 'Lost Soul Music' that manages to speak to all of us.

Despite being deceptively listenable, Whytwo insists this is not relaxing background music. Listeners should fully engage with the music beyond its attractive surface and absorb it at the same deep human level where it was created. 'Ghost's production levels are astoundingly high but focussing on those would be a mistake. They only serve to carry the spiritual content of the music across to the audience and unlock the valves of feeling. The beauty here is not the machine, but the ghost in the machine.

Organize, share and promote your favorite music by creating  your own playlists, start right now 38735add this record's tracks to a playlist