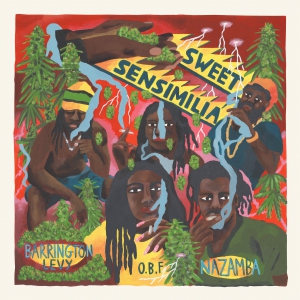 Thompson Sound & Dubquake Records team up to offer modernised O.B.F versions of iconic roots and rubadub tracks from the last century. First released on the Jamaican singer and producer Linval Thompson's label, these tracks from the 70s and 80s have been reworked by Rico O.B.F himself. Each upcoming 12” will include a version with the original vocal, a dub version and a dub- poetry version by Nazamba.

After the release of "Curfew", here comes the second EP of this collaborative series: a fresh version of "Sensimelea" by the great Barrington Levy! A true anthem recorded in the early 80's at the legendary Channel One studios, first released on seminal album "Poorman Style" by a talented young Barrington Levy, then promised to a great career.

On "The Herbs" Rico O.B.F's late musical accomplice Nazamba rides along Barrington's vocals, adding his heartfelt verses. An ode to the cannabis flower and its therapeutic virtues, the “Sweet Sensimilia”.

Organize, share and promote your favorite music by creating  your own playlists, start right now 39375add this record's tracks to a playlist