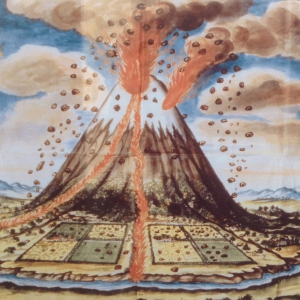 As far as creation itself is concerned, big cities do not manifest anymore as the catalytic cultural centers they used to be. Their iconic status as hip locations seems more symbolic than real. The combined mighty forces of neocapitalist gentrification and telecommunication / information decentralization might have generated a substantially different landscape of geographical cultural distribution. And so unlikely places are also sources of physically-isolated, but culturally-interconnected, new creation. This is just but one more example of the larger phenomenon of techno-cultural atomisation (not to be confused with the more restricted so-called “democratisation”) that allows millions of people to create and share, pre- and post-internet. The amateur is the new potential master; and that is decided by the crowd in the circus and the stadium, not at the academy. With all of this comes the potential for new aesthetics, or at least the open-ended evolution of the previous ones, –far better than the current confusion between ethics and aesthetics- from the uninformed and the unknown. Atomization of this kind also brings for some the desire and the right to anonymity. And so it is for the unknown obscure artists of this compilation of weird experimental music –“gritty, odd & good”, with drones, glitches, cut-ups and more- who won’t reveal anything beyond their unlikely locations: San Marino, French Guiana, Philippines, Lesotho, Oman, Faroe Islands, Tuvalu, Liechtenstein, Kyrgyzstan. An innovative compilation presenting a world of unusual experimental de-constructed and recombined music casting a strong and exciting light into the unusual corners of our world. Dive in.

Organize, share and promote your favorite music by creating  your own playlists, start right now 36160add this record's tracks to a playlist