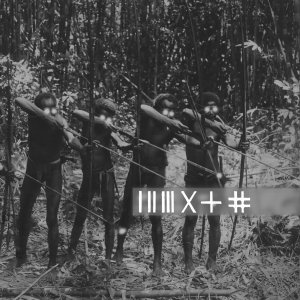 Kamana is a multiformat release inspired by and channeling the culture and traditions of the Aeta, an indigenous group from the Zambales region in the Philippines. One of the oldest inhabitants of the region the Aetas are also some of the most fascinating and ancient nomadic and hunter gathering cultures. The release goes from the realms of the real to the imaginary, from transcription to syncretism, from concrete to abstract. An (un)real Sonic Exorcism filled with Ancestral Frequencies, Haunted Ghosts and other animistic spirits roaming the Pinatubo forests.

The release features a series of materials released in different formats from the Field recording digital only release, an LP and CD release to a special 7inch vinyl featuring an Interview with a bat hunter.

“Kamana is a long due homage to the Aeta community that hosted me a few years back, fascinated by the endurance of these people and their connection to their land, devastated by the eruption of the Pinatubo volcano in 1991, they continued to go back to their ancestral lands surviving on basic agriculture and hunting bats and wild pigs. Living with them for weeks, I managed to capture some essential field recordings and sounds that form and com- pose the basis for this release, from the more reprocessed and interpreted LP release to the pure field recording documentation of the digital release. It is meant to be accessible to all and provide a window to the livelihoods of these unique communities. For this reason, this release serves as both an archival document and a syncretic one, trying to channel memories and feelings of living in these jungles whilst listening to their stories as well as witnessing their lifestyles.”

Organize, share and promote your favorite music by creating  your own playlists, start right now 37792add this record's tracks to a playlist