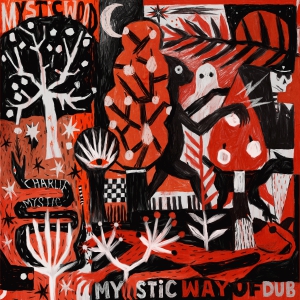 Just a few steps away from the Dubquake Studio in Geneva's suburbs is where Mysticwood, a young fanatic dub producer, has chosen to set up his own musical universe. After starting his sonic journey by shredding in Rock / Punk / Grunge and Stoner bands, the young self-taught multi-instrumentalist’s ears were unexpectedly exposed to reggae music in his school playground. Quickly becoming fascinated by old-school roots and it’s meditative counterpart, dub, he decided to start productions of his own. A few years later, while already appearing on party line ups alongside O.B.F, Mysticwood reveals his producer and dub mixing skills on this fresh release entitled "The Mystic Way Of Dub", his first EP.

Organize, share and promote your favorite music by creating  your own playlists, start right now 38910add this record's tracks to a playlist