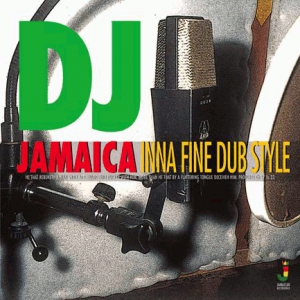 ne of the two great chapters in reggaes history was the DJ phenomenon that conquered
the Sound Systems in and around Kingston town in those heady 1970's, the other was the
dub plates specials that allowed the DJ's to explore a tune in the first place. Giving some
fine question and answers to its original vocal, emphasising its meaning or taking it into
another subject matter altogether. When you have these two styles and add to it that
original vocal, dubbed in at various points you get a fantastic melting pot that lifts a tune
and can take it almost anywhere it likes.

Although DJ's were operating in Jamaica in the 1950's and 1960's with the likes of Count
Matchuki and Sir Lord Comic, their role was that of mainly selector with a few vocal
embellishments to instrumental tracks to gee up the crowd. 1969 saw the art form broaden
with the likes of DJ King Stitt (Winston Spark) who scored a couple of hits for producer
Clancy Eccles with 'Fire Corner' and 'Herbsman Shuffle'. But it was Clancy Eccles next
releases with a certain U Roy (Ewart Beckfort) in the same year that saw the style explode.

When hearing the DJ holding the crowds attention on King Tubby's Home Town Hi - Fi
Sound System, the producer rushed the DJ into the studio and cut 'Wake the Town' and
'Rule The Nation'. Which would top the Jamaican charts in the soon to follow 1970.

In true Jamaican musical style when a new sound hits on the radio waves, many would
soon follow. With an abundance of already tried and tested hits, producers would get the
new toasters of which there were many and revamp and breath new life into their back
catalogues.

But what makes this set of cuts, chosen for this release that little bit more interesting, are
the working of the dub plates and effects alongside thesevocal talents.
Adding another layer to this musical cake.

A fine selection of tunes worked over by the cream of the 1970's DJ circuit.U Roy, I Roy.
Jah Stitch, U Brown, Dillinger, Prince Jazzbo, Dennis Alcapone and the vastly underrated
Shorty the President alongside some classic King Tubby dubs surely a match made in
heaven...Hope you enjoy ride.......

Organize, share and promote your favorite music by creating  your own playlists, start right now 21916add this record's tracks to a playlist